Beat on a stone surface with a round or square plate. The bushmen have a plate of about 4x4 cm, which depending on the quantity of teeth it contains produces rough or fine surfaces. They can be by hand or compressed air. Those of the hand type are hammers with a front plate of a few square centimeters with more or less teeth (20-25), which by beating on the surface make it less slippery or in any way with the so-called bocciardata process. Air type, they are carts dragged with handle or even computerized machines but always with widia or diamond plates. Once the teeth were in steel, tempered with the skill of the blacksmith-stonemason. Large or fine bush-hammering depend on the plates and on the "Teeth" they contain. Even a fine trimming may seem bush-hammered, but only the lines of the tip distinguish it and must be a few millimeters and aligned (Fine check).

Through the use of the hammer and a chisel with a tempered cut it is the most difficult and important work of the stonemason because chiseling gives shape to a stone just roughed or popped. To chisel you need a slim and linear pulse and a continuous and weighted beat.

Vertical slit on the stone 4-5 cm long and about 1 cm wide, made with tempered steel tips to cut the stone. According to the size of the boulder they are more or less numerous at variable distances: from a few centimeters to half a meter from each other. A cognara recalls another and together they determine a good cut. They can be made by hand and dug with a hammer and a tempered tip, or with compressed air guns. If you want to cut a stone of 30 centimeters for example, you don't need to make a cognara of 5 cm, but one of only 2 cm is enough done in the right direction of the stone. The depth of the cognara is about 2-3 cm.

This term refers to a stone worked with a natural split. For example, a sawn stone is not facing or even a bush-hammered or polished stone. A wall of natural stones, even if leveled is a façade. Horror in the works in the 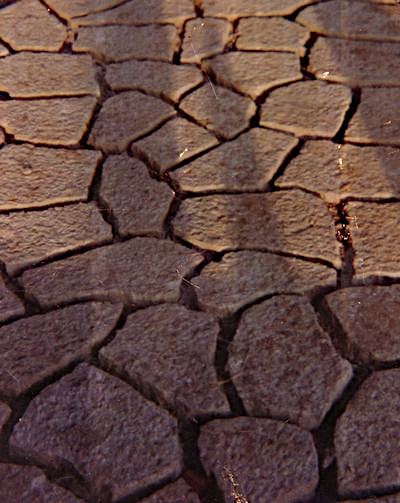 façade: the signs of cognare or cuts! A simple example of fair-faced work is the bolognini, stone bricks of various sizes with the natural facade of the local stone.

Plaster space or cement or lime mortar that joins one stone to another. An escape can be regular or filling this depends on the ability to know how to work the stone. Long escapes become lanes and tell about jobs done in economics. The stones can be laid to withered then lean one on the other without the addition of adhesives, in this way they must be precise in the workmanship and must have the sides shaped for a solid support. They have been used for many containment purposes during each historical period. The effort and thoroughness in the construction have determined the duration in time.

Hand chisel type tool with plate and well defined edge. It is used to trim or glue exposed stones. They have been widely used to trim paving stones in squares, or to define the corners of the corners of pillars or cantonal corners. It can have a massive or gentle cut, given by the momentum of the hammer that beats it and by the sensitivity of the user. He created straight or jagged threads, precisely according to the abilities of those who wielded it. Originally it was tempered and beaten mainly by stonemasons. It was very difficult for those who didn't use it to be able to create it to measure. Now the last 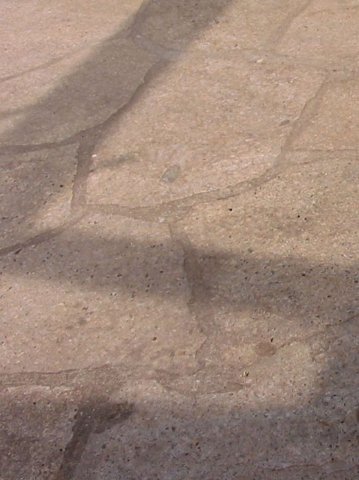 stonemasons use those with the widia plate (pronounced vidia).

In the jargon it is also called uncertain work. It is a Romanesque style of stone working where the fughe must not be long but discontinuous. It looks like a spider web process that suggests an art where the square meters do not count but the ability to perform it. Opus incertum can be a process both for the construction of walls and for paving with rough stone slabs, or cut or polished or bush-hammered.

Steel cylinder with a diameter of about 4-5 cm, and a length of 8-10 cm, beaten and chiseled but not sharp, it should be placed inside the cognara and beaten in sequence to the others until the beat changes sound breaking the boulder. Once they also used wooden wedges which were then beaten in the snouts and bathed in water and then left there until the wood grew and did not force it to cut the stone. Another similar technique was used with leather or thick leather.

Octagonal steel cone with a diameter of 18 mm; the new length is about 25 cm. Sharpened and tempered with four-sided points, it is used for roughing stone and to make cognate. It is one of the most used tools by the stonemason. Those of air guns are bigger and with precision mouths.

Which follows the vertical length of the grain. This system of cutting 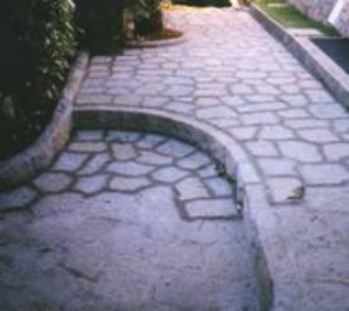 the stone and in particular the trachyte may be necessary when the boulder is in some awkward positions to other types of cut. It is not ideal as the outcome depends on the grain if it is straight or not. In this case the so-called egg cut or mistaken cut can occur. It depends mainly on the climate. With so much cold and the icy stone the cut does not follow the desired course.

In the jargon of the stonemason, the trimming is the roughing of the surface of the stone to be worked. It is the operation before chiseling using a hammer with solid handle and a four-sided tempered steel tip to remove excess stone with precision of art.

Contrary to the grain; which cuts the boulder horizontally to the grain, most of the time creating perfect trachyte with the trachyte. The trench cutting is used to cut stones that are then worked on the facades. It is also called Head cutting.

Term used to define a plan on different levels. In rough stone the finish line consists of gleaning the edges so that they are perfectly in line with the other side and can be joined without steps or differences. For traguardare the stonemasons use straight iron rods which together with the sensitive eye determine the differences to be adjusted. One side is enough to mark the other side with charcoal or pencil and the help of an iron line. In this way joining the stones can be checked and worked with a straight surface. opus incertum walls or works will be linear and well-worked.